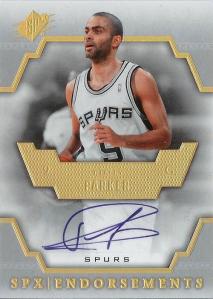 After losing in six games to the Thunder in what may have been the most entertaining series of the playoffs, the question comes up- are the Spurs, as they are currently assembled, done as a serious title-threat going forward? Tim Duncan becomes a free-agent, although both sides have basically accepted Duncan is a Spur-for-life. The core continues to age while the Thunder grow into their collective prime. Durant is amazingly only 23.

The Spurs have always been a favorite of mine to watch- they can seemingly plug in young unknowns (Gary Neal, James Anderson, Danny Green, etc…) and disposed-of veterans not producing on former teams (Boris Diaw, Stephen Jackson), and these guys will step in and produce. It is the San Antonio way. It is the Greg Popovich way. I don’t think we’ve seen the last of the Spurs in contention. In a shortened season where the older teams were supposed to struggle, the Spurs posted the league’s best record. Who says they can’t contend again next year, using the same formula? The key pieces will be back, along with emerging young star Kawhi Leonard.

Who knows if the Spurs can stop the emerging Thunder (and potential defending champ?) in the next few years. The fan in me isn’t ready for the breakup of the Spurs, or the end of Duncan’s career. I also wouldn’t bet against Duncan or Popovich.