Friday Frivolity: Anything Less Would Be Uncivilized

Last week I was going through some cards in my collection and came across this Charles Barkley from 1996-97 Skybox.  His pose on the front of the card reminded me of his Right Guard commercial days.  If you haven’t seen these, or if it’s been awhile, I’ve included it below:

Even funnier is the back of the card, which mentions Charles plays on the Celebrity Golf Association Tour during the offseason.  This of course begs for the following video:

With not much action as far as league news, thought I would highlight some of the top unrestricted free agents in the 2011 offseason. 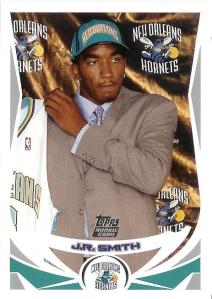 Jamaal Crawford, ATL: One of the league’s best pure scorers, is capable of putting up serious points on any given night.
Jason Richardson, ORL: Veteran shooting guard still capable of putting up starter’s numbers at the position.  Fell off last year after the trade to Orlando, but still should be considered one of the top guard free agents.
J.R. Smith, DEN: Comes with some headaches, but should still have many productive years ahead of him at only 25 years old.  Above average three-point shooter and certainly has good size for his position.
J.J. Barea, DAL: Huge post-season in which he was inserted into the starting lineup for Dallas will surely help his stock once free-agency begins. Proved he can get to the basket and craftily get his shot up against larger defenders and top competition.  Not many unrestricted FA point guards are available, and Barea may be at the top of the list.
DeShawn Stevenson, DAL: Another guy who helped himself with a strong postseason.  Proved to be a strong defender and a clutch performer knocking down big three-pointers for the Mavericks.

Overall a pretty weak group.  Point guard FA class is just weak overall.  Shooting guard class is helped by some restricted FAs that I will highlight in a later post.

Change of plans for today’s post. I was hoping to have a box break for today’s Wednesday Wax. Unfortunately the boxes that came in earlier in the week were damaged during shipping. Instead I am highlighting another insert set, 1994-95 Ultra Rebound Kings.

Why I Like It:
One of the other first insert sets I attempted to build.  I opened a ton of packs of 94-95 Ultra and it became one of my favorite sets because I was so familar with the cards.  Rebound Kings is a 10 card set that contains cards of 6 current/future Hall of Famers, 5 of them true centers (Mourning, Mutombo, Olajuwon, O’Neal, Robinson).  Pretty good ratio there – shows how the league has gone away from the traditional center toward a power forward/center hybrid.

Through The Mail Tuesday: Outgoing Requests 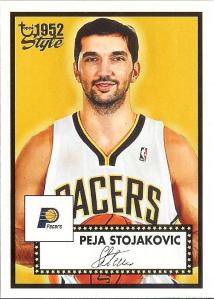 Requests that I am sending out tomorrow, July 27th:

These all happen to hit my project of getting an autograph from everyone who has played a regular season game for the Indiana Pacers.  I’m currently sitting at autographs from 67 different current or former Pacer players.  Hopefully I will get these back to add to that number!

Through The Mail Tuesday: Favorite Returns

The next few Tuesdays I will be highlighting some of my favorite TTM Autograph returns.

Thought I would start with a past regular season MVP and the reigning NBA Finals MVP, Dirk Nowitzki.  He is also arguably the best current NBA Star who signs autographs TTM!

I received this 2005-06 Topps Style base card back from Dirk in about two weeks back in early 2008.  This Topps Style set happens to be a favorite of mine.  I think they look fantastic signed.  It’s also interesting to compare the signature to the printed signature on the card.  Was certainly thrilled to get a return from a future Hall of Famer and one of the greatest international players of all time!

Why I Like It:
This was the first insert set I tried to put together. Despite these being inserted one per series 1 pack, opening that many packs to complete a 27 card insert set was a pretty daunting task for a 9 year old. I still have the complete set in a binder and it remains one of my favorite sets.  The Jordan was one of the last ones I needed, and finally pulling it after opening so many Fleer packs was part of what hooked me on the hobby and following the NBA in general. 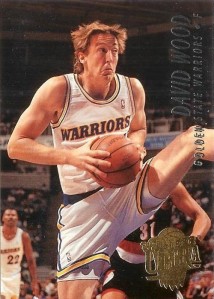 Poor David Wood. The photographer did not do Mr. Wood any favors on this 1994-95 Ultra base set card. What’s amusing is that any of the images on the back of the card would have worked just fine for the front of the card, saving Wood years of ridicule. We should all thank David for being a good sport.

The NBA season is scheduled to kick off on November 1st with the Bulls and Mavericks.  This is assuming that no games are lost due to the lockout.  It’s hard to go wrong highlighting the NBA Champs and the top seed in the East in the opening game.  Here are five early season matchups I am looking forward to:

Nov. 11: Memphis Grizzlies @ Dallas Mavericks: The most surprising and exciting young team from the 2011 playoffs sees their biggest test early in the season as they match up against the defending champions.  Want to see if Gasol and Randolph can dominate inside against Tyson Chandler (if he’s back).

Nov. 12: Indiana Pacers @ New York Knicks:  As an Indy fan, the Knicks are once again easy for me to cheer against with the Carmelo and Amare duo.  It will be interesting to see if the Pacers can maintain their high defensive intensity seen in their playoff series vs. Chicago and carry that into the start of the regular season.  The offensive minded Knicks will be a test for sure.

Nov. 27: Charlotte Bobcats @ Sacramento Kings:  No, this isn’t a joke.  Looking forward to seeing how well Kemba holds up against Tyreke and Jimmer backcourt.  How many dunks and blocked shots will Bismack collect?

Dec. 23: Oklahoma City Thunder @ Miami Heat: One of the youngest teams in the league against one of the oldest, Durant squaring off against Lebron and Westbrook against Wade – what’s not to like about this matchup?