Where Will Clippers Finish? 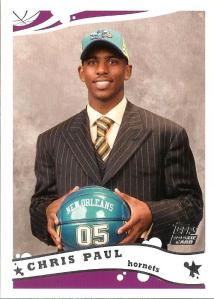 With the recent acquisition of Chris Paul, how will the Clippers mesh?  Can all the main pieces stay healthy?  Paul, Blake Griffin, Caron Butler, all have sustained major injuries during their career.  With a less than to be desired bench, it will be critical for those guys to stay healthy during the condensed season.

My prediction barring major injuries, 4-5 seed in the West.  Why so high (or so low if you’re really optimistic about the Paul/Griffin combo)?  Chris Paul was able to get the Hornets to the 7 seed last year with a lesser collection of talent around him.  He then pushed the Lakers 6 games in a difficult first round series.

I don’t see a ton of teams in the West that actually got better during this quick free agency period.  The Mavs lost their main defensive weapon in center Tyson Chandler to the Knicks.  The Lakers basically gave away Lamar Odom to the Dallas because he was unhappy because of almost being traded.  The Spurs are one year older and lost their 6th man to Indiana.

So, I think the Clippers can make a run.  It’ll be exciting to see the relevant Clippers either way.