My wife surprised me with a box of 2013-14 Panini Pinnacle basketball for Valentine’s day. What better gift than a box of cards. It’s been years since I’ve busted a hobby box of anything and I couldn’t be more exited. I’m trying to limit myself to a pack a day. This box has 10 packs with 30 cards per pack. The base set is 300 cards. Each pack is loaded up with current and retired players, rookies, and inserts. Here’s what pack 1 looked like.

The best of the current player base cards and a rookie of Victor Oladipo. Oladipo plays for the Thunder now, and was the #2 pick in the 2013 draft. Definitely one of the more exiting rookies of this class.

A few of the retired stars from this pack. Love the mix from this product. Mark Price was a 4-time all-star and is now the head coach at UNC Charlotte. Can’t go wrong with adding new cards of Scottie Pippen.

These scanned pretty terribly. They look much better in hand. The Barnes in particular looks pretty sharp. The Gervin is a ‘museum collection’ parallel, a parallel of the base set that makes it look like the other inserts. The Haslem is an Artists Proof, of which there are several varieties (regular, blue, red, green, and black). The first true insert from the box is a Team Pinnacle insert of former Warrior Harrison Barnes. The back of this one has Vince Carter on it.

I forgot to mention each insert has its own set of Artists Proof parallels. If you like parallels and inserts, pick up a box of this stuff.

The next set of inserts (yes, we are still in the same pack of 30 cards) features a couple of Spurs, including one card that fits right into my Duncan player collection. Kawhi will make sure the Spurs stay relevant for years to come. Not only relevant, but championship contenders I should say. Dion Waiters probably wouldn’t be featured in an insert set if it came out this year, but the 2020 insert set features many of the games current young stars such any Anthony Davis, Draymond Green, Kawhi Leonard, Damian Lillard, and a bunch of rookies from the 2013-14 season. 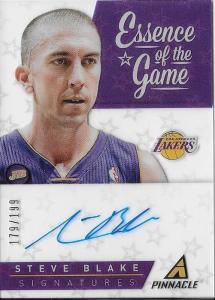 The big prize from this pack is an Essence of the Game autograph. This is an awesome set with on-card autographs, serial numbered cards, and cards that you can see through. The set is made up of 50 cards and although I didn’t get the player I would choose, I was still pleased to open one of these. My only complaint is that there are 50 cards and not a single Pacer! The closest is D.J. Augustin in a Pacers uniform but a Raptors logo. No thanks.

A successful pack one that makes it tough for me to not bust all the rest at once. 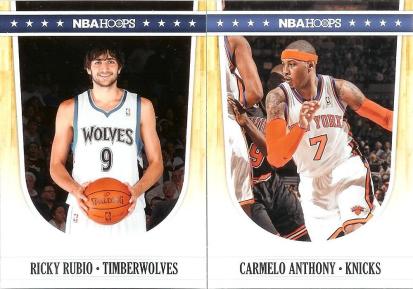 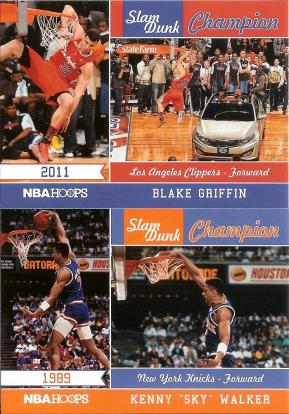 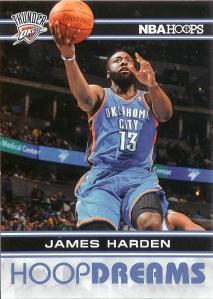 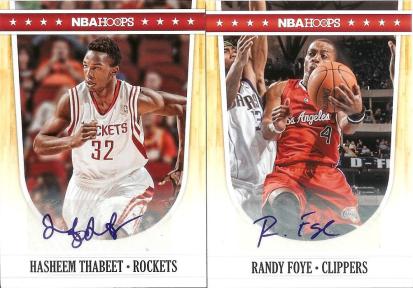 For a sub-$50 box, Hoops delivers as advertised, providing a bunch of inserts and parallels and the two autos per box, with a shot at a nice one (Jeremy Lin, Kobe Bryant, Blake Griffin, etc…)

Some of these insert sets I like and may even try to complete myself. I find I enjoy the simple set designs like ‘Hoop Dreams’ and ‘Courtside’. The Slam Dunk set and ‘A Night to Remember’ have too much going on in one card.

The autographs are underwhelming, with this box providing Hasheem Thabeet (not afraid to go ahead and label Hasheem a big bust), and bench player Randy Foye. It’s a shame these autographs aren’t on-card, but again, for a sub-$50 product, can’t complain.

Hoops appeals to the crowd that likes opening a ton of cards, pulling a ton of inserts, and loves pulling multiple cards of their favorite players. Many of the stars have multiple base cards in this release. The base cards could be used for TTM autograph collectors and in-person autographs. While the value is good for the price, the potential for this release is so high, though, and it comes as a slight disappointment to me just because of some of the insert sets being underwhelming in design. I would like to see future releases such as these modeled after the 2010-11 Donruss product, which had a similar starting price point and received more praise from collectors.

Not having opened any packs of 11-12 cards yet this year, I decided to pick up four hobby packs of the relatively new Panini Hoops product from a local card store. I am opening a pack a day and posting the results to give an idea of what the typical pack contains. The first pack had the following:

Already a fan of the inserts- an inexpensive set paired with sharp looking inserts make a good product for me. 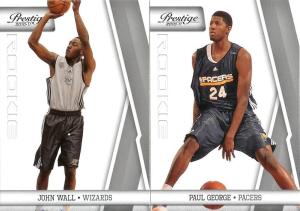 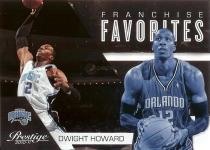 Lacking a hobby box to break this week, I turned to my local Target and found this retail box on sale.  The results are pretty typical of what to expect from a retail box. Pulling the John Wall was fortunate and made the break an above average one, but with the rookies included and the game worn card, which I imagine is included at one-per-box on average, you could do much worse on a retail break.

The base set has both legends and current players.  It was nice to find old favorites such as Muggsey Bogues and Dell Curry in the product along with new stars of the game.

Honestly since I opened a few packs of Prestige upon its release, I’ve felt the base set design a bit lacking.  The gray splashes on the right don’t do anything for me, although the photography used for many of the cards is pretty exciting, such as in the Kobe for example.

If you can find these boxes, particularly at a discounted price, they are worth picking up for a fun break that delivers on rookies, inserts and memorablia cards.